Accrington Stanley FC have avoided Her Majesty’s Revenue and Custom’s (HMRC’s) winding up petition at the Companies Court in London. Senior Registrar Sally Barber dismissed HMRC’s petition because it had not been correctly advertised. The dismissal of HMRC’s petition is the latest in a series of last minute legal escapes by the club. 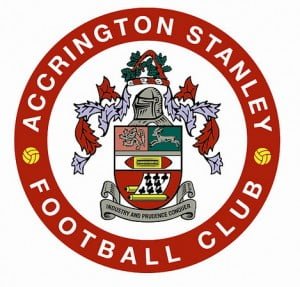 This latest development comes after the club found itself indebted to HMRC for the sum of £300,000. In June this year, a high court hearing was adjourned to allow the club to pay off the debt in instalments over the next 12 months.

In March this year, an earlier winding up petition from HMRC was dismissed after the club paid more than £10,000.  In 2009, a winding up petition by HMRC was dropped after solicitors for the company brokered an agreement that the club’s £200,000 tax bill would be paid with the help of major shareholder, Ilyas Khan.

The club chairman, Peter Marsden, has confirmed that the £60,000 which was outstanding to HMRC has now been fully paid. Mr Marsden stated:

“We are now fully up to date and can pay our tax bills and wages. We understand that if we fall behind again we will be taken to court. We are a small club and always struggle to pay our bills especially in the close season when income drops.”

Company Rescue: Methods of Avoiding a Winding Up Order

Whilst Accrington Stanley FC have managed to escape numerous HMRC winding up petitions, it remains apparent there are certain cashflow or financial difficulties. In any event, this clearly demonstrates that courts still view a winding up order as a last resort. In practice, parties are strongly encouraged to reach an agreement, often brokered by specialist winding up petition solicitors, whereby the debt is paid off in instalments.