In the recent case of Alexander & Law Limited v Coveside (21BPR) Limited [2013] EWHC 3949 (TCC) the High Court held that the existence of a winding up petition, which might or might not be successful, did not preclude the granting of summary judgment. As a result the Court granted summary judgment allowing the Claimant to enforce an adjudicator’s decision, however, a stay of execution was ordered until the dispute between the Claimant and the Defendant is resolved. 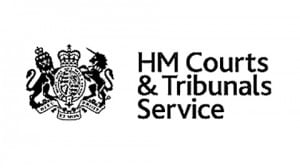 Presentation of the Winding Up Petition

The Claimant, Alexander and Law Limited (“A&L”), carried out business as a building contractor. The Claimant was engaged with the Defendant, Coveside (21BPR) Limited, to carry out extensive work at the Claimant’s development.

The Claimant went into financial difficulties and as a result the Defendant terminated the contract with the Claimant. There were issues between the parties in relation to non-payment of monies, defects, delays and the validity of the termination of the contract.

On 26 June 2013, another company, Profixed Interiors Limited, presented a winding up petition (“the Petition”) against the Claimant for the sum of £36,219.17. The Petition was supported by eight other companies, including the Defendant, who claimed £471,000.

After winding up proceedings had started, but before any order was made, the Claimant commended adjudication claiming that the Defendant’s termination of the contract was wrongful and that considerable sums are owed to the Claimant by the Defendant.

The adjudicator concluded that the Defendant’s termination of the contract was invalid and that the sum of £197,690.70 (plus interest of £4,230.04) was due to Claimant. The Claimant sought summary judgment for the total sum of £189,806.99 plus VAT.

Pending Litigation vs Winding Up Petition

The Claimant’s argument was that summary judgment to enforce the adjudicator’s decision should be granted and the amount owed to the Claimant by the Defendant (as a result of the Defendant’s unlawful termination of the contract) would be used to pay off creditors and avoid a winding up order.

In the alternative, and in the event that a summary judgment is granted, the Defendant argued that there should be a stay of execution because it had large claims against the Claimant which, if proven, would more than extinguish the amount claimed by the Claimant.

At paragraph 21 and 23 of the Judgment, The Honourable Mr Justice Coulson stated:

“… the fundamental difficulty with the Defendant’s proposition is that it requires me to reach a decision, in advance of the hearing of the Winding-Up Petition, as to whether or not that Petition will be successful. That runs the risk that this court will pre-empt the decision of the Registrar.”

In the circumstances, the Court granted a stay of execution of the summary judgment until the dispute between the parties is resolved. The Court confirmed the reason behind granting a stay was that if there was no stay in proceedings, the Defendant would never see any part of sum they are owed.

Implications of the Court’s Decision

The High Court’s decision in Alexander & Law Limited v Coveside was heavily influenced by the outcome of Harwood Construction Ltd v Lantrode Ltd (2000) (unreported) where the Court was unable to determinate whether or not a winding-up petition would fail or succeed, so the court entered judgment on behalf of the claimant, but granted a stay until after the winding-up petition had been dealt with.

If you have been served with a winding up petition our legal experts are able to provide legal advice and representation. Our team of solicitors and barristers can obtain a court adjournment, CVA’s or reach an out of court settlement to ensure that the winding up petition is dismissed.