It has been reported that Whitehaven Rugby League Club have been spared yet another winding-up petition after full payment of a HMRC debt. 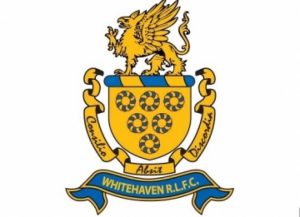 Chief Registrar Nicholas Briggs dismissed a winding-up petition brought by HMRC after being told that the debt had been paid in full.

Reportedly this is third time within 11 months that the club has avoided being wound up over unpaid tax debts.

HMRC has previously served the club similar petitions. Which were also dismissed in June this year and December last year.

Whitehaven issued a statement in response to the appearance on the High Court order list.

The club explained that the petition was in fact dismissed at the hearing after it was discovered by the Revenue that the debt had been paid in full several weeks prior.

They further explained that the winding-up process began almost immediately the amount became overdue.  Although the debt was paid in full long before the hearing date.

Reportedly Whitehaven paid their latest bill four days after the due date. This bill occurred two months ago.

Whitehaven were one of seven professional rugby league clubs included on the High Court order list at the time.