Llanelli based Scarlets’ parent company Llanelli RFC Ltd avoided being wound up at the High Court in London on a petition that reportedly was wrongly issued by HMRC. 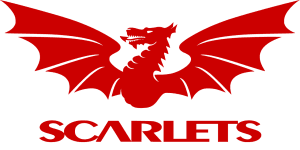 The Scarlets parent company had been issued the winding-up petition by Her Majesty’s Revenue and Customs (HMRC). However, on Monday 15 December 2014 at the Companies Court, Registrar Stephen Baister formally dismissed the petition, after it was revealed that an unpaid tax bill had never existed. HMRC’s legal representatives formally requested dismissal at the hearing after the error emerged.

A spokesman for the Scarlets has been reported as saying:

“It appears that in error, and unknown to the Scarlets, HMRC started a process of presenting a winding up petition against the Scarlets. It was subsequently identified by HMRC that there was no outstanding debt due from the Scarlets and so it discontinued the process.

As such, no notice of the petition was served on the Scarlets and the Scarlets were unaware of, and did not attend, today’s insolvency proceedings. On further investigation, it is clear that HMRC has today simply attended court to formally request the dismissal of the process they initiated in error.

The Scarlets would like to re-assure all our loyal customers and suppliers that this is an unfortunate mistake which has now been rectified by HMRC via the correct channels.”