It has been reported that one of Northern Ireland’s best-known public relations firms, Stakeholder, has been wound-up over an unpaid tax bill of more than £200,000. 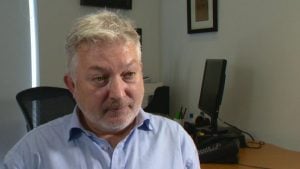 Stakeholder is a leading public relations firm founded 20 years ago by Tom Kelly, a political commentator and columnist. The firm operated in the UK and Ireland providing communications and event management consultancy services.

Stakeholder has been in financial difficulties for some time since recent attempts to restructure the firm.

HMRC issued a winding-up petition against Stakeholder due to a unpaid tax bill in excess of £200,000.

Stakeholder recently attempted to pay part of their debt by entering a Creditors Voluntary Arrangement (CVA). But HMRC rejected the proposal.

HMRC were granted their petition by the High Court on Thursday afternoon.

It has been reported that a rival company, MCE Public Relations, are currently in the process of buying the business.

Stakeholder stated that it hopes the sale to MCE will be confirmed by next week. The sale could protect Stakeholder’s five remaining staff.

Stakeholder stated it this was “obviously not the pathway that we desired”. It emphasised “it is still MCE’s intention to proceed with the purchase”.

“Unfortunately we were hampered by having to deal with some historical but critical issues, which only came to light earlier this year.

“In an attempt to resolve these matters we explored several options including a very credible CVA which was accepted by all parties except one.”

A liquidator has been appointed but the firm states that Stakeholder staff “will continue to work on servicing clients” and that it hopes to make a “more positive announcement imminently”.