The winding up petition hearing will take place on Monday 2 September 2013. It remains to be seen whether and how the Asian broadcaster (which owns Kismat Radio, Punjabi Radio and Buzz Radio) will continue operating these stations. Sunrise Radio Limited also owns London Media Company Limited, which runs Time 107.5 and Time 106.6, and has a share in Palm 105.5. Sunrise Radio Limited recently sold its share in Radio Plymouth. 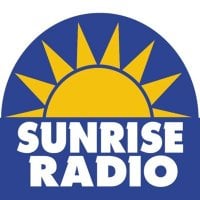 “There has been an increasing trend among Asian broadcasters to be supported by their listeners and viewers. Many Asian TV channels are paid for by subscribers or viewers. Listeners can make a contribution by sending a cheque, or by credit card.”

If the winding up petition is successful the company will be put into compulsory liquidation which means the company will lose its broadcasting licence and its assets will be distributed by an insolvency practitioner to creditors (including HMRC).